Not one, not two, but three natural bridges remain in this captivating spot post-sinkhole. In Chinese, their names translate into “Sky Dragon”, “Azure (or Green) Dragon”, and “Black Dragon.”

Wulong Tiankeng Three Bridges Site (Chinese Name: 武隆天生三桥) is a precious eco-system site which is famous for the karst topography, especially the Tiankeng or natural sinkhole in the world. Located about 20km away from Wulong County, these three stone arch bridges enjoy the fame as "top natural arch bridges in the world”.
Wulong Tiankeng Three Bridges Site is famous for three magnificent natural stone arch bridges, namely Tianlong (Sky Dragon) Bridge, Qinglong (Green Dragon) Bridge, and Heilong (Black Dragon) Bridge. It is the largest natural stone bridge group in Asia.
The heights, widths, and lengths are above 150m, 200m, and 300m.All of them are across the Yangshuihe Valley, connecting mountains between the valley, forming into a marvelous spectacle. Even in the world, it’s rare to see this scene - two larges sinkholes on the ground and three natural stone arch bridges above.

The first natural bridge above Yangshuihe Valley, also called the First Bridge. It is tall, thick, majestic momentum, and magnificent. In a height of 235m, a thickness of 150m, the average height of the arch is 96m, and the width of bridge is 147m. Tianlong Bridge develops two piercings. The left (south) side of the piercing hole known as Ecstasy. The left cave is higher than the right one 120m. 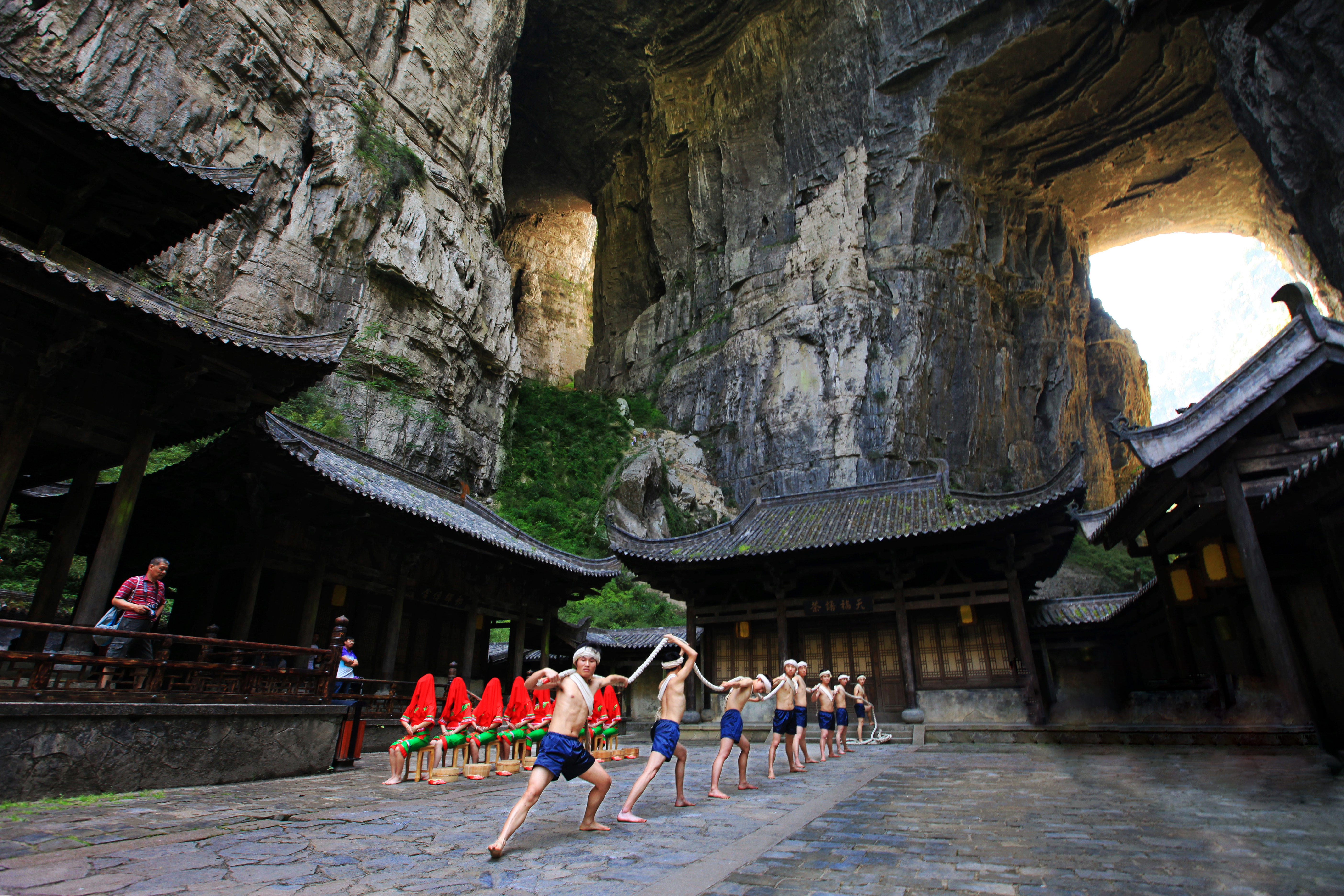 It is the second bridge on Yangshuihe Valley, also called Zhonglong (Middle Dragon) Bridge. After rainy day, the waterfall here makes misty scene here. When in this moment, the mist forms into a rainbow under sunshine, and the bridge, looked like a green dragon flying into the sky in this time, thus the name. This bridge is in a height of 281m, ranking the highest natural bridge in the world.

It is a stone bridge in the lower reach of Yangsuihe Valley, named for the black and deep arch cave. From above to see, the bridge looks like a black dragon, so it called Black Dragon Bridge. The arch of this bridge is 11m high, the highest one among these three bridges.

There is a quaint courtyard under the Tainlong Bridge. It is a typical Chinese traditional architectures with a style of black roof and gray walls. It was once an official post which was built in Tang Dynasty. During that moment, this post located in junction of Pei County and Qian County, so it was the important official organization to pass the governmental messages. The original one has already been destroy. And the post nowadays is rebuilt according to its original structure as possible as it can. All details are built based on the historical relic. 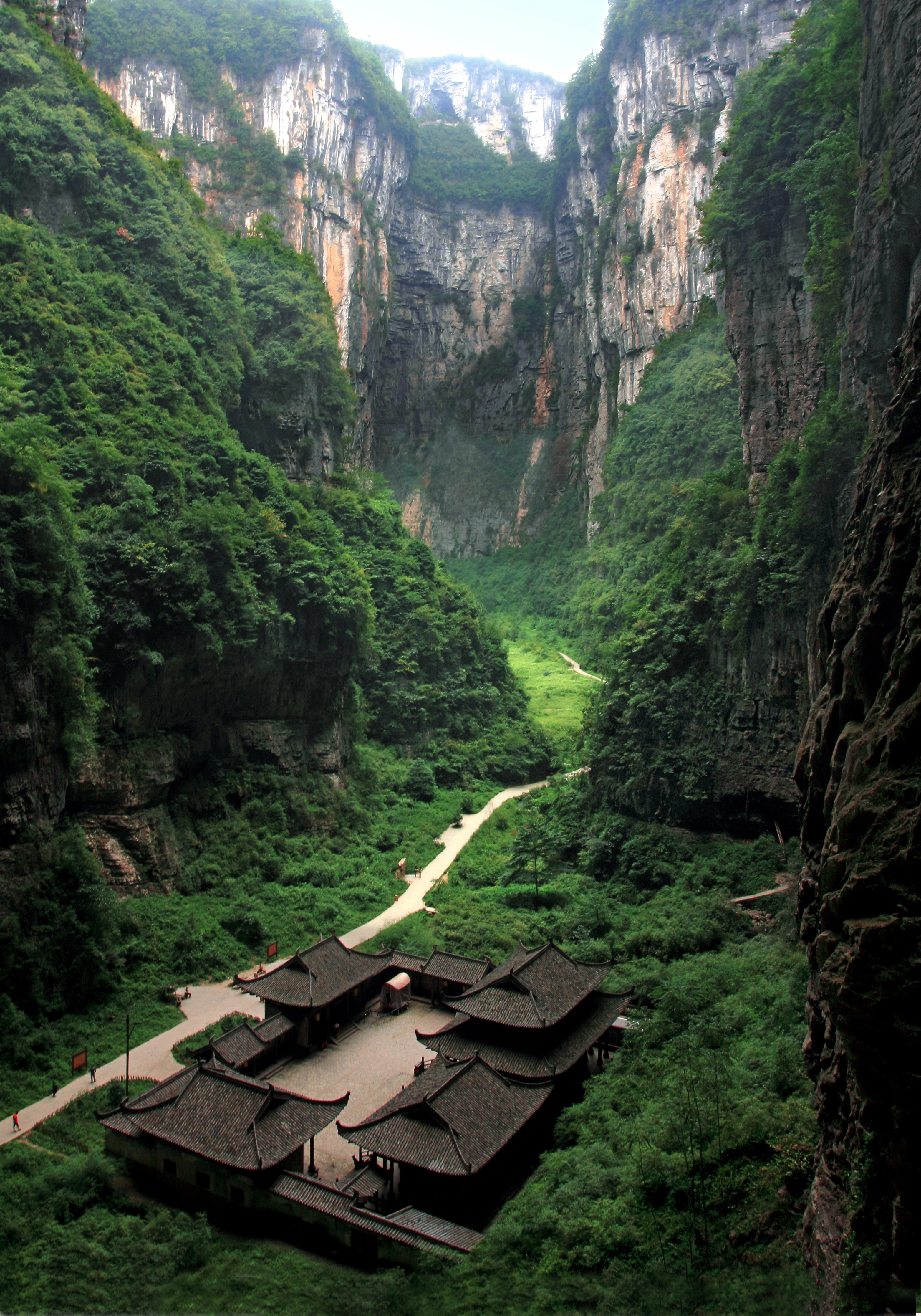